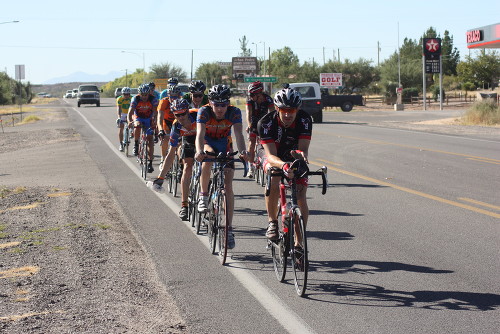 Jame Carney (former Olympic cyclist and National Collegiate champion), who has won just about everything, shows up unexpectedly….Damn!

The early selection is made over Mule Pass.  10-12 riders are still together over the hill with all three Aggressors making the selection.  Carney tries to drop Elliot and Beto who stop for a feed…  I school him…  He didn’t like it.  They kill themselves to get back on.
I flat on the freeway around mile 80; Elliot, giving it up hugely for the team, gives me his wheel and sends me on.  He would get two more flats before calling it a day.  He was a beast!  Beto buries himself to help bring back a group of three with Carney in it.  Winds come up, group shrinks… and shrinks.  20 miles out, Beto runs out of food and water and bails.  Group shrinks again…  4, then 3, then the sprint.  I bury myself, but Carney kicks my ass.  Finish second in near record time (we’ll see).  Beto comes rolling up and still makes platinum!  He does not understand the word quit!

Will and Beto’s friend Mark did amazing support!  You guys rock! I could never have done it without all of you!  Tough day in the saddle. 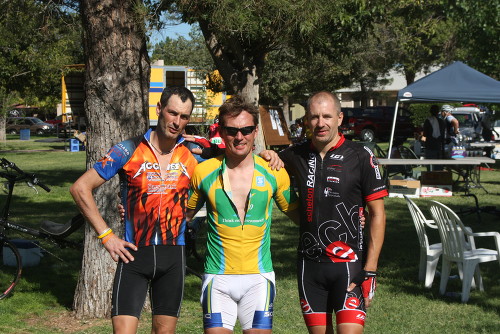